The globe's second-biggest country has an endless variety of landscapes. Sky-high mountains, glinting glaciers, spectral rainforests and remote beaches are all here, spread across six times zones. It's the backdrop for plenty of ah-inspiring moments – and for a big provincial menagerie. That's big as in polar bears, grizzly bears, whales and everyone's favorite, moose. Whether it's snowboarding Whistler's mountains, surfing Nova Scotia's swells or kayaking the white-frothed South Nahanni River in the Northwest Territories, adventures abound. Sip a café au lait and tear into a flaky croissant at a sidewalk bistro in Montréal; head to an Asian night market and slurp noodles in Vancouver; join a wild-fiddling Celtic party on Cape Breton Island; kayak between rainforest-cloaked Aboriginal villages on Haida Gwaii: Canada is incredibly diverse across its breadth and within its cities.You'll hear it in the music, see it in the arts and taste it in the cuisine.

Today, meet your personal guide who will then lead you on your day’s fascinating expedition. You will be charmed by Old Québec, the only walled city in North America, as well as by the many other stops you’ll make along your journey. You will begin by enjoying a visit to the Montmorency Falls Park, located east of Quebec City. The Park offers spectacular views of the 272 ft high falls, the St. Lawrence River and the south shore of Quebec. The park features an interpretation centre, restaurant, and a cable car for a ride to the top terrace for astonishing panoramic views. 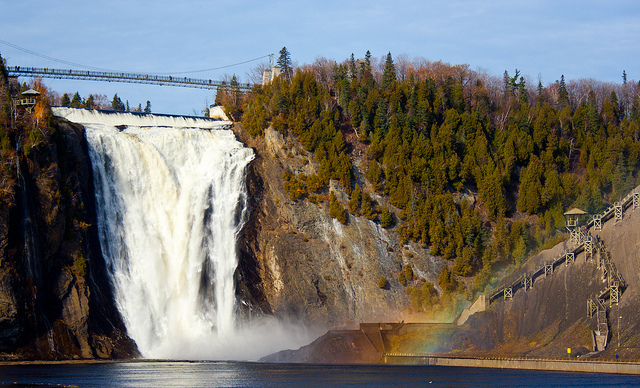 "Montmorency Falls" by Paul VanDerWerf, Flickr.com is licensed under CC BY 2.0

Bridges and pathways lead to grassy areas for picnic lunches or various views of the surrounding natural setting. Explore this interesting place as you learn some of its intriguing history. On your return to Quebec, you will see the historic walled city, the fort, the astounding Chateau Frontenac, the old port and the Quebec Parliament buildings. The Parliament buildings feature the Second Empire architectural style that was popular for prestigious buildings both in Europe (especially France, where the style originated) and the United States during the latter 19th century. Marvel at the sweeping views over the St Lawrence River from the Dufferin Terraces—an ornate colonial-style building at the edge of the Vieux-Québec historic district. Once your tour has concluded you will be dropped of at the Quebec pier or your hotel.


Meet your private guide in the lobby of your hotel accommodations. At a leisurely pace, take the time to explore and to learn
about the history, the architecture and the charms of Old Quebec.

Starting in the heart of Quebec's old Upper Town, wind down to the historic Lower Town. The area is sometimes referred to as the Latin Quarter, but this title refers more to area around the Séminaire de Québec, the original site of Laval University. With many
opportunities to snap some great photos, your guide will also provide suggestions along the way of further things to see and do during your stay. 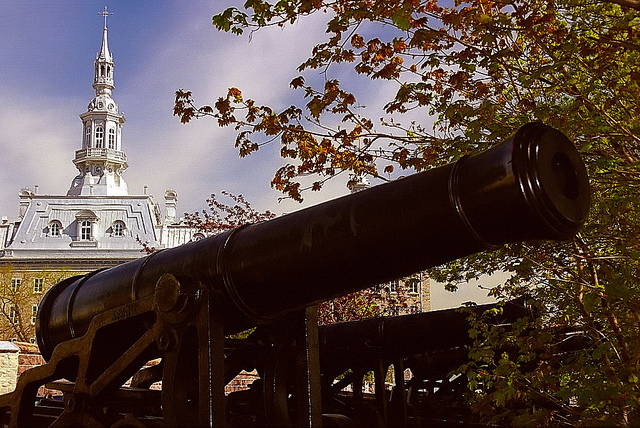 The tour ends at the funiculaire. The funicular opened on November 17, 1879, and originally used the water ballast system of propulsion, similar to that still used by theNerobergbahn in Wiesbaden, Germany. The line was converted to electrical operation
in 1907. Your guide will depart here, leaving you with the choice to explore the many shops and attractions in Lower Town or returning to the Upper Town to your hotel accommodations.


Today, meet your guide and private driver in the lobby of your hotel to begin this half-day city tour of Montreal. This is a complete tour of the City, taking in over 200 points of interest*. Sights can include what you are most interested in. Some of these options
include the historic Old Montreal, City Hall, Place Jacques Cartier, Notre Dame Basilica, and Olympia Park built for the 1976 summer Olympic games with an optional visit to the tallest inclined tower. 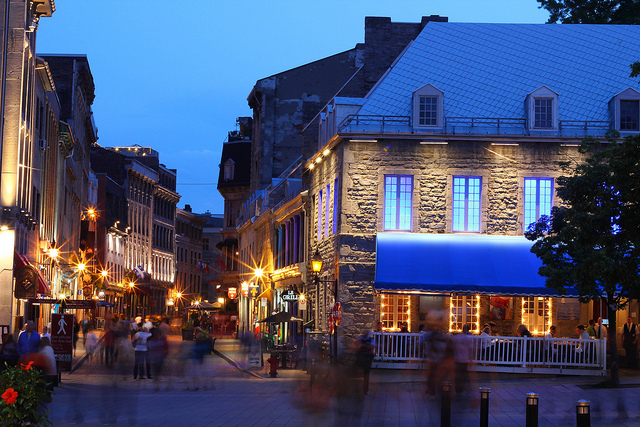 You can also visit the Montreal Observatory Tower, Mount Royal Park where you will have a panoramic view of the downtown area and the river. Here you may visit St. Joseph Oratory which is one of the world's most visited shrines with a dome that reaches 97 meters. After the touring the many locations Montreal has to offer, board your private vehicle to return to
your hotel accommodations. Once you reach your destination you may enjoy the remainder of your day at leisure.

*All stops are suggested as the tour is customizable based on your interests.

Hero Image: "Quebec City" by Mith Huang, Flickr.com is licensed under CC BY 2.0