Why Millennials Have A Complicated Relationship With Travel 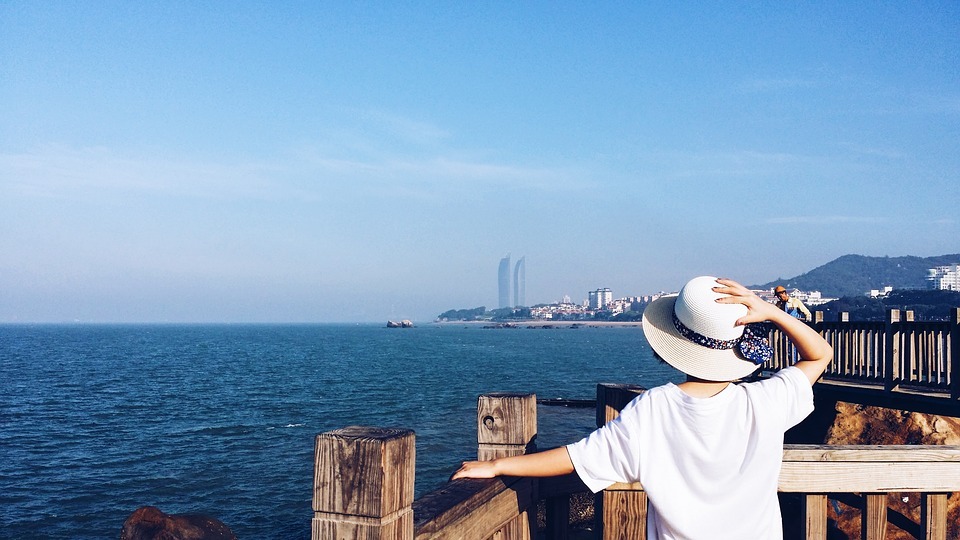 Millennials seem to have found themselves in a tricky spot. The more they follow the axiomatic advice to “stop and smell the roses,” the more frequently they’re accused of malaise. The more they discuss practical solutions to enduring problems, the more they’re labeled as “entitled.”

So it’s not going to help their predicament any to learn that millennials seem to value travel more than previous generations. Cue the accusations of being “discontent” with their work and home lives.

The truth is, both science and common sense drive home the importance of broadening our horizons, which sure makes it seem like millennials know something their elders may not. So let’s dive into the surprisingly nuanced conversation emerging about millennials’ relationship with travel.

It’s About Experience And Understanding

A lack of experience with the world at large is a proximate cause of some of our most stubborn sources of conflict. To put it another way, people who are exposed to diverse lifestyles and cultures from an early age grow up to be more tolerant, charitable and rational on average. “Tolerating” is not the same as “understanding” when peering into another culture — but neither is possible in a state of ignorance.

That’s part of what makes some of the written denouncements of millennials’ fondness for travel so difficult to swallow. As one example, Grant Cardone argues that millennials should work hard now and travel later. He suggests millennials who desire a more worldly perspective are directionless, content to shamble from hostel to hostel “eating ramen” and backpacking. “The reason many millennials want to travel,” he says, “is because they have no purpose at home.”

He’s painting with a comically wide brush. It’s certainly true that millennials’ relationship with late-stage capitalism is a vastly complex one — but it’s slightly ridiculous to suggest that all young people who travel do so because they lack purpose. As you’ll hopefully see in a moment, precisely the opposite seems to hold true.

Case in point? Under millennial stewardship, the “business trip” is getting a big facelift. The coining of the word “bleisure” is thanks to the fact that 78% of millennials polled say they find ways to secure edifying, educational and, yes, relaxing personal time even while traveling for business purposes.

Yes — you can have your cake and eat it, too! Such are the gifts of the modern world. The notion prescribed by Mr. Cardone above — the idea that each of our waking moments must be a zero-sum tussle between leisure and “keeping your nose to the grindstone” is rather disingenuous. This is a modern development, to be sure — most of our parents and grandparents really did have little choice but to work hard almost relentlessly for most of their lives and put off “seeing the world” until their twilight years.

But that’s just not the case anymore.

Further evidence of young peoples’ desire to see and understand more of the world comes in the form of a strong recent uptick in cruise tickets sold to young people. Indeed — cruises are so popular among millennials that some cruise companies have begun targeting millennials almost exclusively with their marketing blitzes.

In fact, a company called Uniworld plans to launch two ships in 2018 specifically with millennials in mind. Their method isn’t very different from the one used by the more thoughtful bookstores, for example. We’ve been prophesying the death of the printed book for a while, but physical bookstores aren’t merely surviving under this increasingly millennial-led economy — they’re thriving. And they’re doing it by offering more than stores and products. Increasingly, they offer experiences instead.

The same is true now of cruise liners. The “experiences” offered by these companies to millennials involve, among other things, landscape painting, wine tastings and classes tackling everything from professional cooking and mixology to rock climbing. And then, of course, there are shore-based excursions to some of the world’s capitals of culture, including Budapest, Paris, Vienna and Amsterdam. It’s clear these cruise experiences have a great deal to offer the worldly millennial generation, unlike previous incarnations of cruise lines, which felt in some cases like little more than glorified, floating gift shops.

You might even say we see a new kind of vacation emerge under millennial stewardship: it’s a sort of deliberate travel where the goal isn’t to bring back baubles and photographs — it’s to seek out practical knowledge of a new skill or a new part of the world they hadn’t seen before.

Yet another way millennials are changing travel can be found in the rise of group trips. Solo trips aren’t going anywhere, but young people are fond of traveling in small groups — both for the peace of mind and for the companionship — than previous generations.

The Clear Benefits Of Travel

To be sure, “young people” did not awaken one morning and decide to become more balanced and worldly people. They have the benefit of new avenues of scientific research, much of which lays out a clear defense of leisure. Downtime helps us recharge our batteries. It helps us do better work. Meanwhile, less than half of polled baby boomers believe travel benefits business in practical and demonstrable ways. 60% of millennials disagree with that assessment, while 30% of professionals of all ages would take lower pay if they could travel more in return.

Apart from the self-edification and the prospect of recharging one’s batteries, travel benefits business practically by helping employees think in terms of the bigger picture. A great deal of the rancor in the world today persists because walls and borders persist. Thinking of a more global — and, yes, more interdependent — world is a scary thought only to folks who’ve never ventured beyond their borders or comfort zones. Travel helps us not merely make peace with a globalized world but also, more critically, to recognize the benefits of a world that’s more in touch with its neighbors than previous generations ever dreamed was possible.

The prioritization of travel among young people isn’t without its potential drawbacks, of course. In saving so much of their earnings for travel, young people seem willing to forsake homeownership, or at least postpone it, in the name of seeing the world. This is clearly a matter of personal priorities, and there’s no right or wrong to it — it’s just one more way the passing of the baton from one generation to the next heralds fascinating changes.

This article originally appeared on Forbes.com