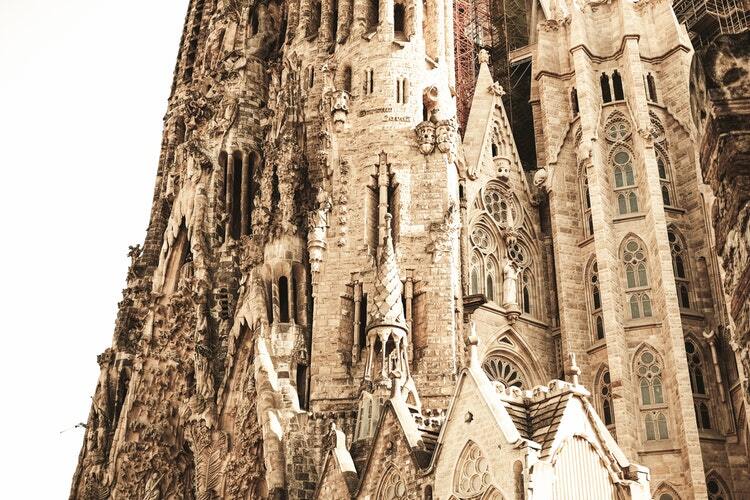 La Sagrada Familia is one of Gaudí's most famous works in Barcelona. It's a giant Basilica that has been under construction since 1882 (no, that's not a typing error) and it's not expected to be completed for some time yet.

Much controversy surrounds the building of the Sagrada Familia. Today new construction materials are being used which, some feel, Gaudí himself would not have used.

Gaudí played an active role in directing the construction of the Sagrada Familia until his death in 1926. He would often request that work be modified and adjusted until it was exactly what he had in mind. However today, because of the nature of the existing designs, his work is partly open to interpretation.

Interpretation of the designs by present day architects is particularly challenging because the actual construction stones are irregularly shaped.

The building is still under construction so be prepared to see a lot of work continuing when you visit. However this in itself is interesting, especially if you visit the museum inside the building.

Regardless of all the controversy surrounding the Sagrada Familia it is a truly magnificent building and an absolute must-see when you visit Barcelona.

TIP: The Sagrada Familia is not only famous for being Barcelona's no.1 tourist attraction it's also famous for its entrance queues. Up to 2 hours or more is not uncommon. Bear in mind you could be queuing for hours in the hot Spanish sun making this a particularly unpleasant experience. Make sure to bring plenty of water and sunscreen. For those who would rather not queue we have put together a page that explains how you can avoid the queues at the Sagrada Familia. In addition to the problem of long entrance queues if the Sagrada Familia reaches capacity it will not permit more visitors to enter for safety reasons. This means that even after standing in a long queue for hours you could be further delayed while the Basilica empties to a safe number of visitors. To avoid both of these issues we've put together a page on how to avoid the queues at the Sagrada Familia and be guaranteed access.

We also give recommendations on what to bring if you decide you want to brave the queues. 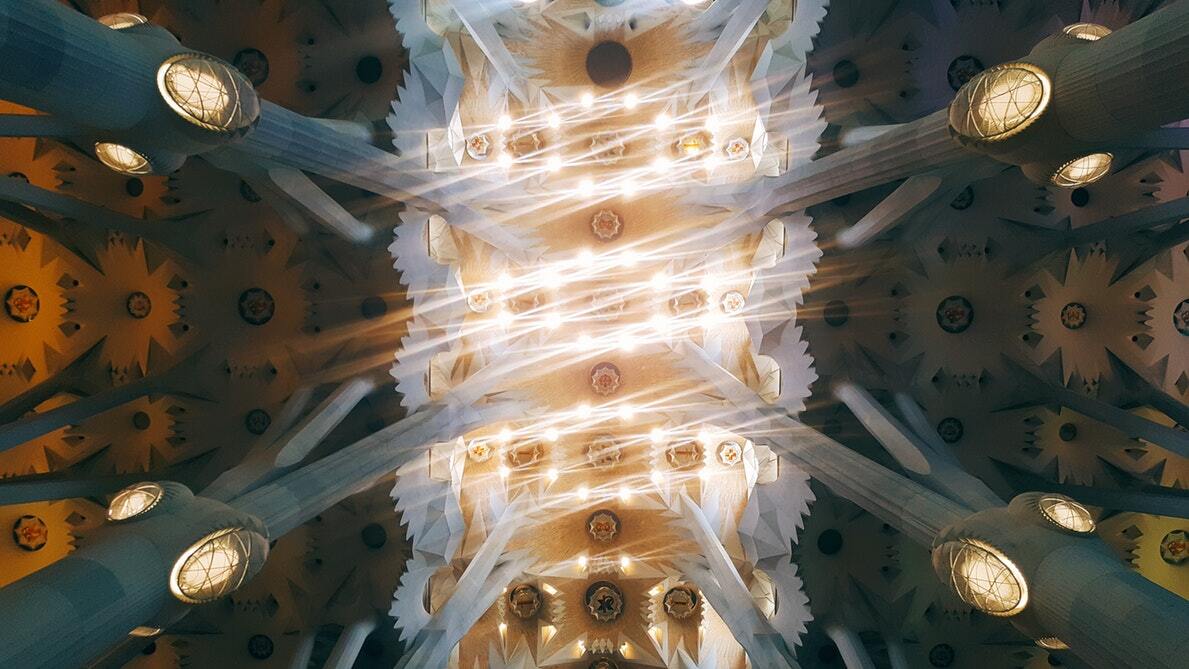