Most Romantic Destinations for Stateside Honeymoons

In a perfect world, I am sure every newlywed couple would ideally like to take a long, exotic honeymoon after their wedding. The reality is, many people simply can't take the time away from work, and traveling a day to two to a destination just doesn't make sense. Here are ten romantic and luxurious honeymoon destinations that are only a short flight away!

With is pueblo architecture, sunbaked landscapes and rich cultural heritage, Santa Fe is a no-brainer for those seeking a romantic sojourn in the American Southwest. Perfectly capturing the region's enchanting pull is this modern adobe-style resort, situated in the pinyon-covered foothills of the Sangre de Cristo Mountains, 20 minutes from the city's historic Plaza. Spread among 57 acres are 65 casitas with terra-cotta walls, hand-woven Navajo rugs, wrought-iron sculpture lamps and kiva fireplaces. 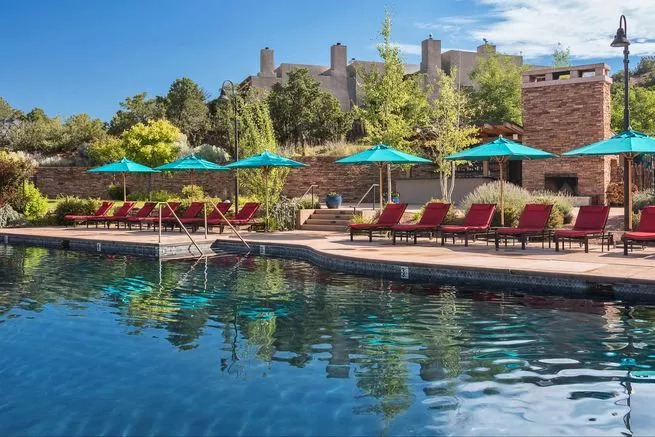 While on the campaign trail, then Sen. Barack Obama visited Asheville, the sophisticated mountain hamlet tucked between the Great Smoky and Blue Ridge mountains. He was so impressed he vowed to return, and so he did — as President Obama, with the first lady in tow. His home base for both visits was this 512-room inn, dating from 1913 and fashioned from rough-hewn granite boulders. Follow in the prez's footsteps by booking your own room at the historic hotel, known for its sweeping mountain views. (Hint: It's particularly beguiling in the fall, when the hillsides explode with autumnal color.) 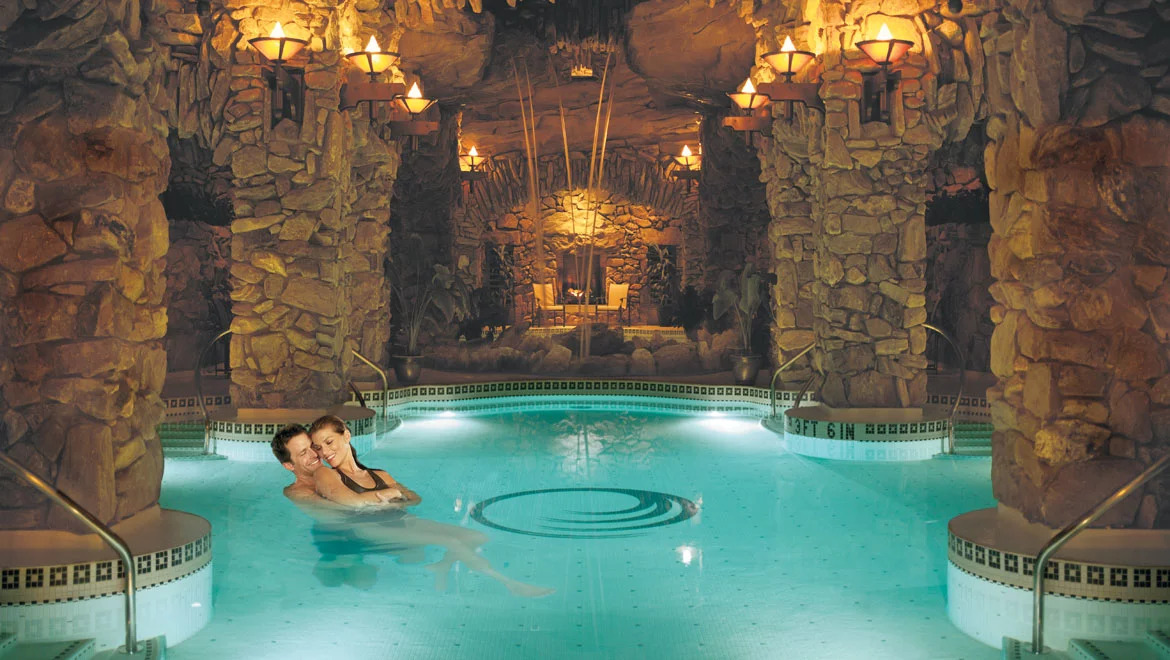 When Old Hollywood celebs like Marilyn Monroe and Cary Grant wanted to retreat from the bright lights of Los Angeles, they would flee to the desert oasis of Palm Springs, two hours east. Today it's still a retro-cool hideaway whose midcentury-modern architecture attracts design buffs the world over and whose resorts have been restored to their former glory. One such classic is this whimsical wonderland of texture and color, where contemporary design by the world-famous Jonathan Adler is showcased amid 13 acres of desert gardens. 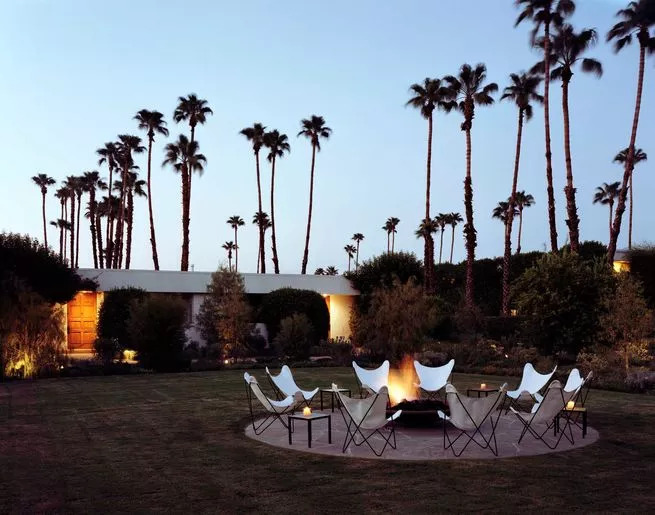 Southern Utah, with its awe-inspiring landscape of red-rock canyons, buttes and mesas, has long held a magnetic pull over spiritual seekers, and with the 2009 opening of this Zen-like resort — part of the exclusive Aman brand — it's drawing honeymooners, too. Deliciously remote (the nearest town is Page, a 25-minute drive away) and built into the contours of ancient rock formations using natural materials like sandstone and local clay, this 600-acre resort blends seamlessly into the dramatic moonscape. The 34 low-lying suites are designed to showcase dazzling vistas from every vantage point, from the king beg and sitting area to the deep soaking tub. 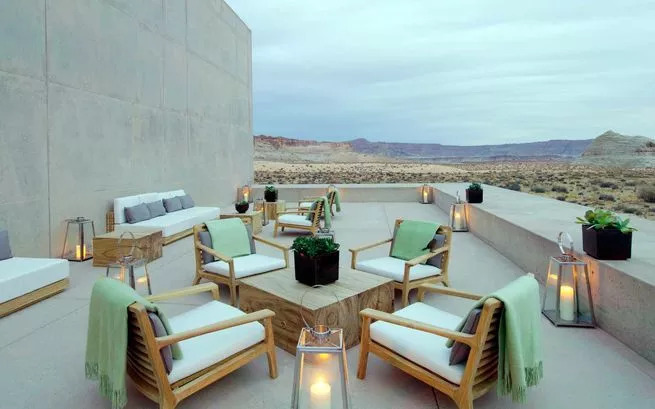 If your idea of a romantic vacay is hearkening back to carefree childhood days spent canoeing and swimming and evenings passed by the fire in a comfy cabin in the woods, then adults-only Canoe Bay (a six-hour drive from Chicago) is your place. The only Relais & Chateaux property in the Midwest, this lakefront inn, owned by husband-and-wife team Lisa and Dan Dobrowolski, is truly an escape-from-it-all retreat, with just 24 rooms (in freestanding cabins and the main lodge) on 300 acres of forests and meadows. 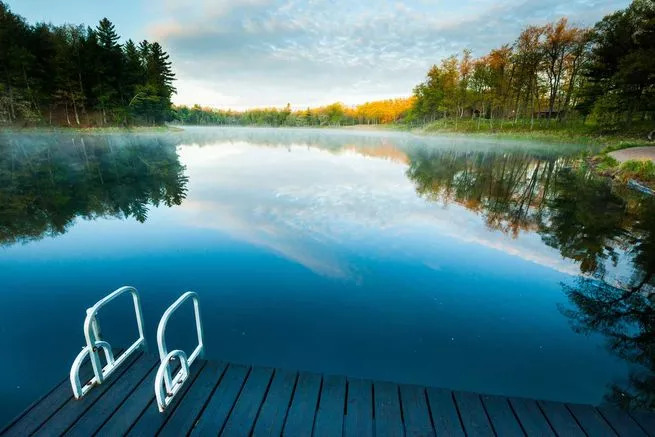 The 94-room Jerome opened in Aspen in 1889, during Colorado's silver-mining heyday, and its red-brick facade is still as stately today. In addition to charming period rooms like the Library, where you can nuzzle on an overstuffed chair, and guest rooms with ornate linens and antique mahogany furnishings, it also has plenty of modern luxuries (LCD flat-screen TVs, SUV chauffeur service, and an outdoor pool and hot tub). Nosh on contemporary mountain cuisine in the candlelit Garden Terrace restaurant, or have the concierge book you a table at hot spots like BB's Kitchen and Brexi.

The Sunshine State is so much more than South Beach and Disney World! Over on the serene Gulf Coast is Naples, a polished resort town known for its soft white sand and to-die-for sunsets. No resort captures the area's pure romance and step-off-the-grid quality better than this 189-room property directly on the beach. Amid lagoon-style swimming pools, swaying palms and a thatch-roof tiki bar, you'll feel as if you've been transported to a tropical island — only with handy high-tech amenities like flat-screen TVs and Wi-Fi. The decor — seafoam-green walls, muslin-draped beds and rattan furnishings — adds to the laid-back charm. 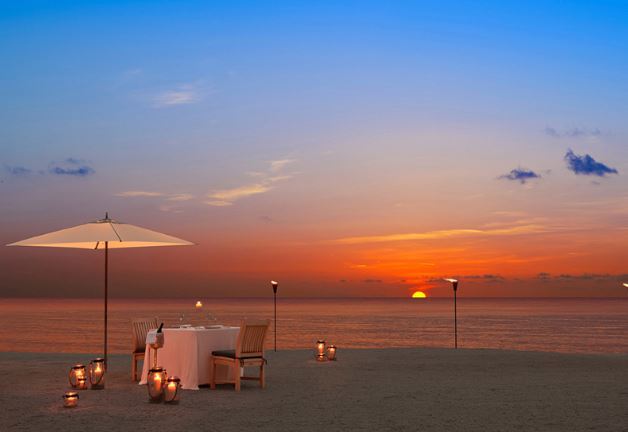 The Resort at Paws Up - Greenough, Montana

Located in Greenough (30 miles east of Missoula), Paws Up has 24 luxury canvas tents in four camps, each with a dining pavilion (huckleberry pancakes for breakfast; barbecue-brisket sandwiches and sweet-potato fries for lunch). After your "camping butler" delivers freshly brewed coffee, spend the day exploring the Montana wilderness via horseback riding, fly-fishing, hot-air ballooning or hiking — you can even live out your Wild West fantasies by joining ranch hands for a rootin'-tootin' cattle drive. On your return, your butler will pop open a bottle of wine so you can toast to a job well done. 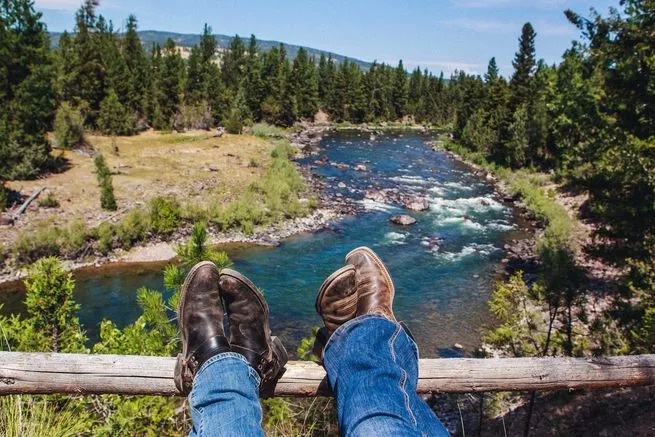 Photo Courtesy of The Resort at Paws Up

Like the Crescent City itself, this 504-room grand dame, rising 14 stories and stretching the length of a city block, is back in a big way. After taking on the Waldorf Astoriamoniker, the 1893 landmark underwent a $170 million renovation in 2009, bringing its Italian-crystal chandeliers, mosaic-tiled floors, gilded columns and wrought-iron detailing back to the glory days when Frank Sinatra, Louis Armstrong and Tennessee Williams frequented its cocktail lounges. The guest rooms, featuring antique-style decor and high ceilings, are some of the city's largest, and the location can't be beat — the hotel is just two blocks from the French Quarter and all of its cultural riches. 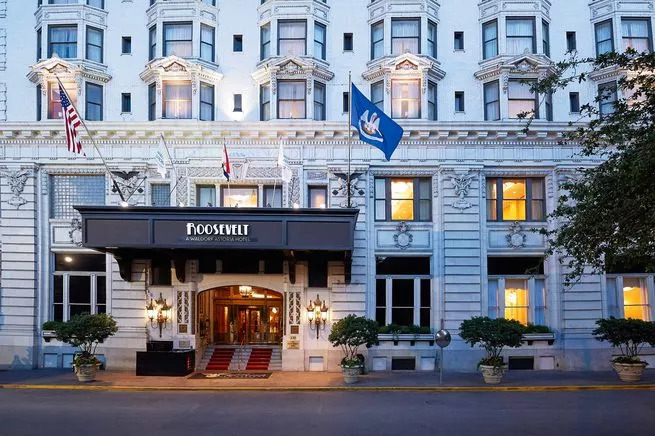 Coasting along a Chesapeake Bay tributary in an antique sailboat at sunset, with a hamper of chilled champagne and fresh crab rolls — this is just one of the classic pleasures in store for guests at this refined inn, the scene of old-money nuptials in the movie WeddingCrashers. Set in the coastal town of St. Michaels (about two hours from D.C. and Baltimore) and built after the War of 1812 by Commodore Oliver Hazard Perry's former purser, the colonial-style manor house has 78 rooms, including 40 water-facing Master Suites with king-size mahogany sleigh beds, gas fireplaces and unobstructed Miles River views. 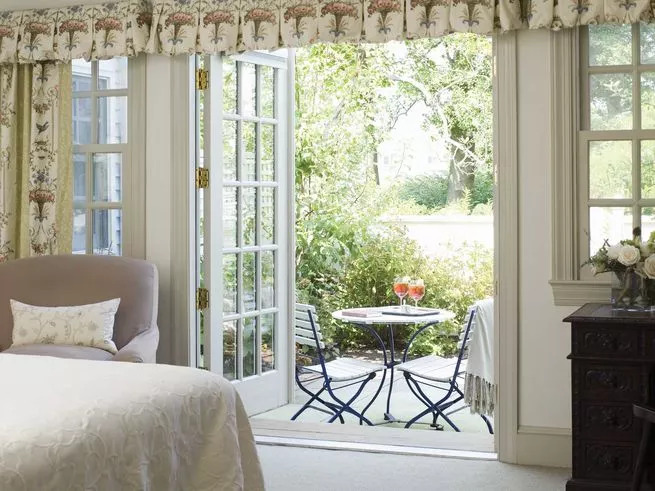 Photo Courtesy of The Inn at Perry Cabin

This article originally appeared on Islands.com