Each year thousands of tourists flock to destinations like Norway, Finland, and Iceland in the hopes of catching a glimpse of the glimmering Northern Lights.

The Northern Lights are electrically charged particles from the sun that smash into Earth's magnetic field. These charged particles are funneled down to the magnetic poles of the northern and southern hemispheres, creating a horseshoe-shape of excited green, and occasionally brown and red, particles that swivel and shape-shift over the Arctic Circle.

When is Northern Lights season?

There is no official season since the Northern Lights are almost always present, day and night. Caused by charged particles from the sun hitting atoms in Earth's atmosphere and releasing photons, it’s a process that happens constantly. However, they most often occur around the Arctic Circle — which only gets significant darkness between September and March. Hence that’s the observing season in places like Alaska, northern Canada, Iceland, Lapland (northern Norway, Sweden, and Finland) and northern Russia.

What’s the best time to go?

However, despite not being able to predict them, what we do know is that the Northern Lights are best seen between 65° N and 75° N.

Displays of the Northern Lights do tend to intensify around the equinox months of September and March because the magnetic fields of the Earth and the Sun’s solar wind are more likely to be in sync. There are no guarantees, but stronger displays are therefore more likely around the spring equinox in March and around the autumn equinox in September each year.

What time of night do the Northern Lights appear?

Seeing the Northern Lights can take a lot of dedication since they can appear at any time of night. It’s likely that wherever you go to see the Northern Lights a local guide or hotelier will tell you that they always appear at a specific time. This is a habit of people who tend to go out at the same time of night and see them repeatedly. There is no science behind this. They really are as likely to appear at 5 a.m. as at 11 p.m. and they happen during the day, too. It's just that we cannot see them because the sunlight completely overwhelms them. So keep your boots by your bed and wake yourself up every hour during the night to check for activity — that’s an inconvenient, but highly effective way of finding them if you’re staying somewhere under a dark sky where you can look out of the window. Travelers who make the trip to the Arctic Circle then insist on sleeping during the night are those who may miss out on seeing any activity. 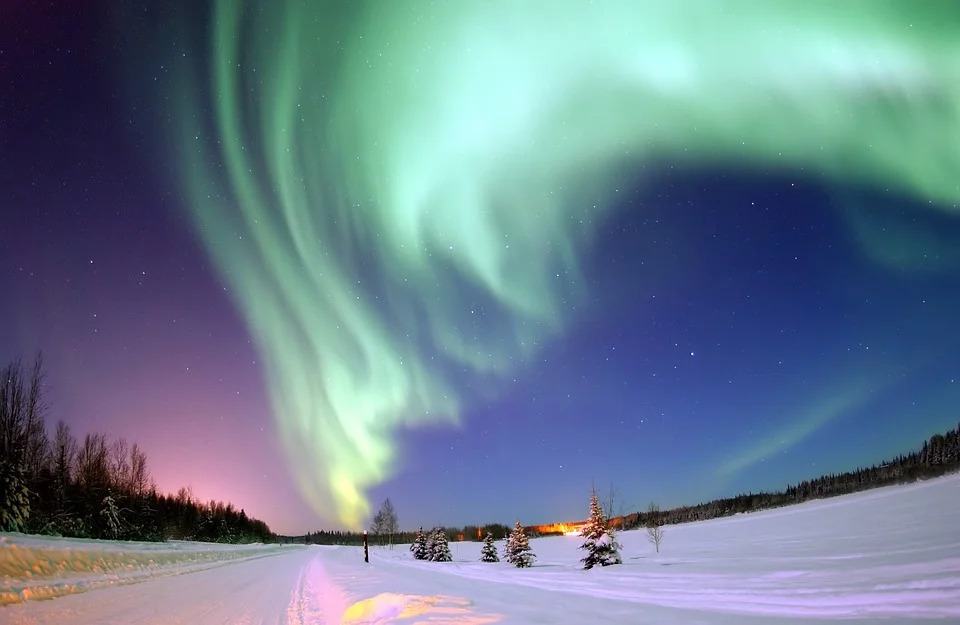