Italian Cocktails To Make at Home

When we think drinks in Italy, the first image that comes to mind is likely a bottle of red flowing into glasses around the table—vino is certainly the drink of choice come dinnertime. But let’s not forget about those magical hours before dinner: aperitivo. From 7 p.m. to 9 p.m., bars serve cocktails and light nibbles of olives, cheese, and potato chips, engineered to stimulate the, you guessed it, appetite. And because Italian drinking culture is less about getting buzzed and more about lingering at the table with friends, the cocktails are often a bit lower in alcohol, meaning it's easy to drink down a few. We may not be able to make films like the Italians, kick back like the Italians, or dress like the Italians, but drinking like them is a cinch. Here are 11 Italian cocktails you can make at home now ... or order at a bar sometime (hopefully) soon. Spritzes here we come. Saluti! 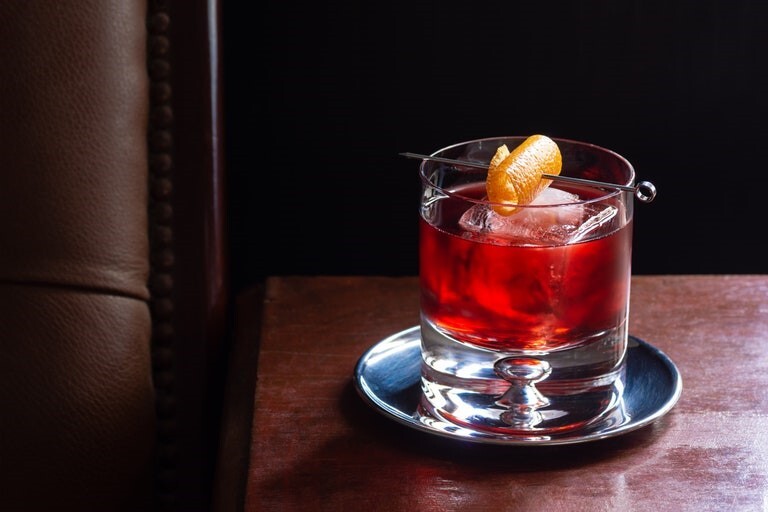 If any drink is Italian cocktail-core, it’s the Negroni. Equal parts dry gin, sweet vermouth, and Campari stirred over ice and garnished with an orange slice (or peel if you’re in America), this is a cocktail with flair and flavor. In recent years, the Negroni has become so popular that it was able to support a charity initiative called Negroni Week, during which more than a thousand bars and restaurants around the world participate. Perhaps it’s the simple, irresistible combination of bitter and refreshing. Or the instagrammable red hue. Given that you probably have the booze on hand, large ice cubes, like the ones this tray makes, are the other key. They melt slower, allowing the flavors to remain intact for longer. 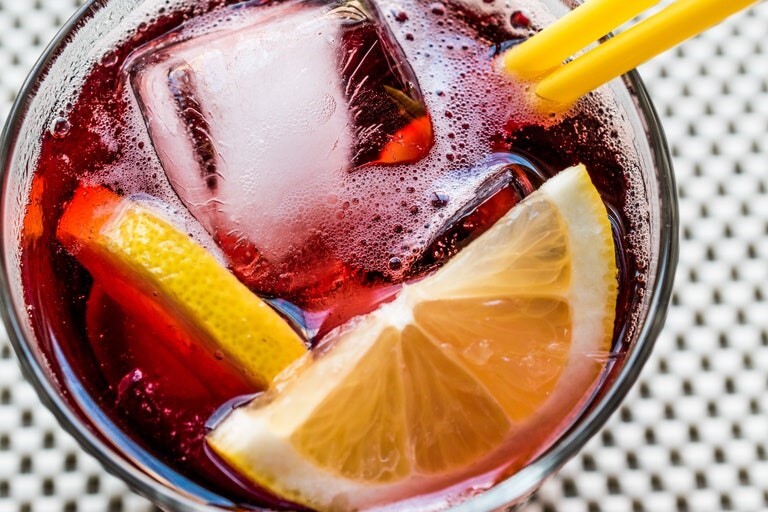 This ancestor of the Negroni, originally called a Milano-Torino, got its name by becoming a favorite of Americans abroad in Italy in the early twentieth century. It's even the first drink James Bond orders in Ian Fleming's beloved books. "Bond always had the same thing—an Americano—Bitter Campari, Cinzano, a large slice of lemon peel and soda," he writes. "For the soda he always stipulated Perrier, for in his opinion expensive soda water was the cheapest way to improve a poor drink." To make it yourself, mix one part Campari, one part sweet vermouth, and a splash of soda water in a glass, and serve with a lemon slice. Do as Bond does, and splurge on the Perrier—its 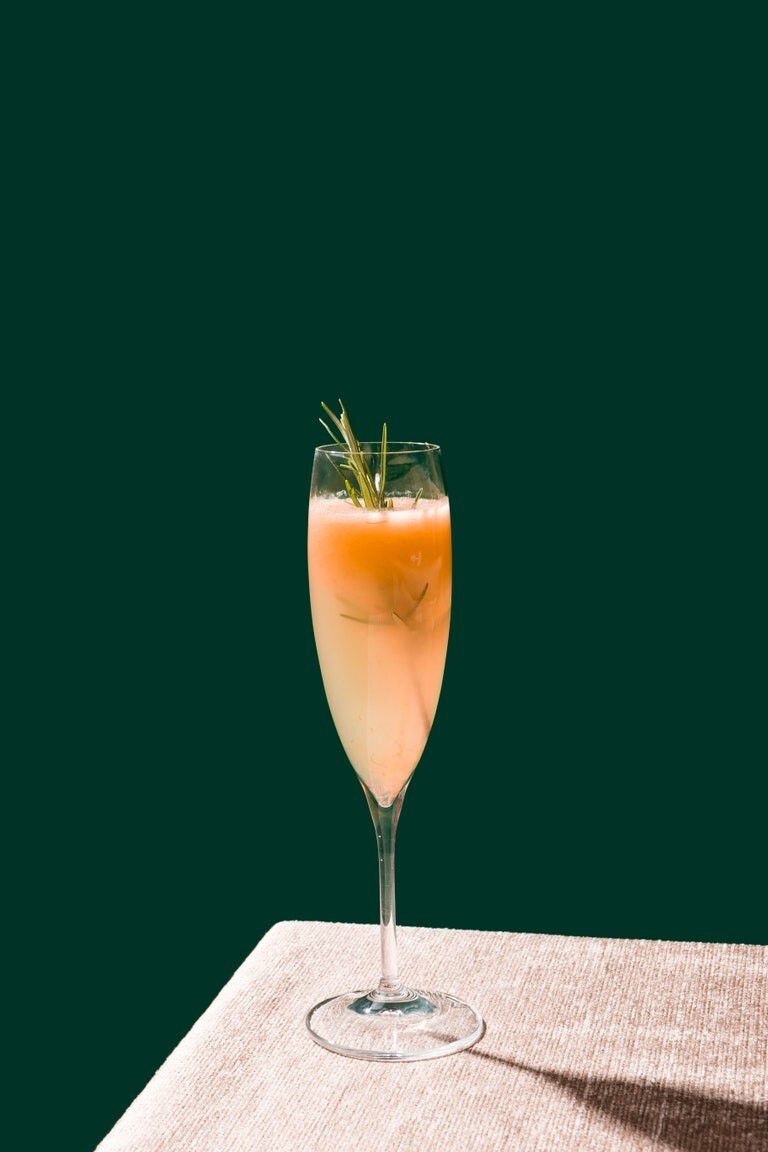 We may as well go ahead and thank the Italians for brunch too, because it just wouldn’t be as celebratory an affair without a few rounds of bellinis. The peachy-pink drink consists of white peach pureé topped with fizzing, bubbling Prosecco. In Italy, it’s common to marinate the peaches in wine before mixing them into the glass. The Bellini originated at Harry’s Bar in Venice, which Ernest Hemingway and Truman Capote frequented, and its namesake is Renaissance painter Giovanni Bellini, whose palettes were redolent of the drink's rosy hue. You can puree your own white peaches at home when they’re in season, and frozen when they’re not—but either way, these crystal flute glasses are a fitting vessel. 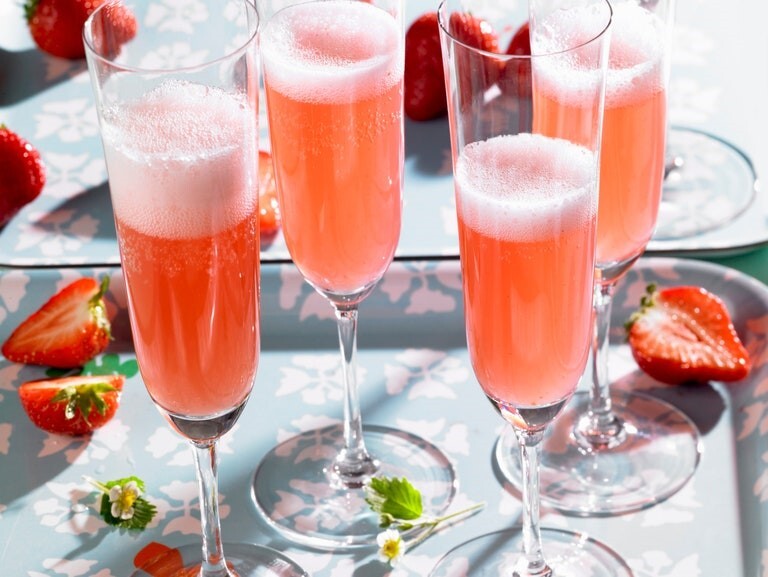 The Bellini is so beloved that naturally, it has many spinoffs. And it's the Rossini we turn to when want to sip one. Sweet, sour, fruity, and floral, it swaps strawberries for white peaches, but keeps the other essential ingredient, Prosecco. Serve it at brunch or, since strawberry pairs better than peach with chocolate, it also makes an excellent dessert cocktail. A reliable food processor at your fingertips is a necessity for mixing up fresh, fruity purees like this one requires. 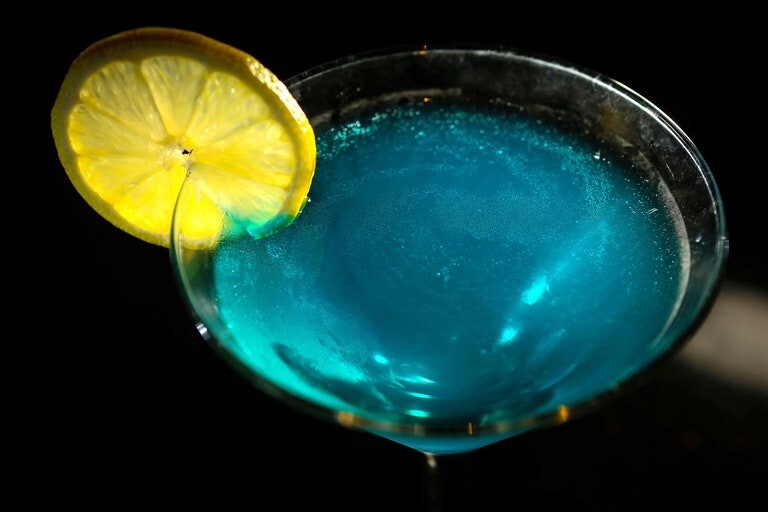 For an Italian cocktail that’s retro, lesser-known, and comfortingly Smurfish, we give you the Angelo Azzuro. Translating to Blue Angel, it mixes three ounces gin, one and a half ounces triple sec, and half an ounce of blue curaçao, all shaken then strained into a martini glass, garnished with a lemon peel. Though it had a moment of fame when it became a discotheque stalwart across Italy in the 1990s, its origin is uncertain—some say sky-high ABV levels, which give the feel of soaring through heaven, inspired the name. Fun fact: it’s also the go-to drink for Miami Vice character Det. James Crockett (played by Don Johnson). Be sure to get a good-quality curacao like this one to ensure that bright blue hue. 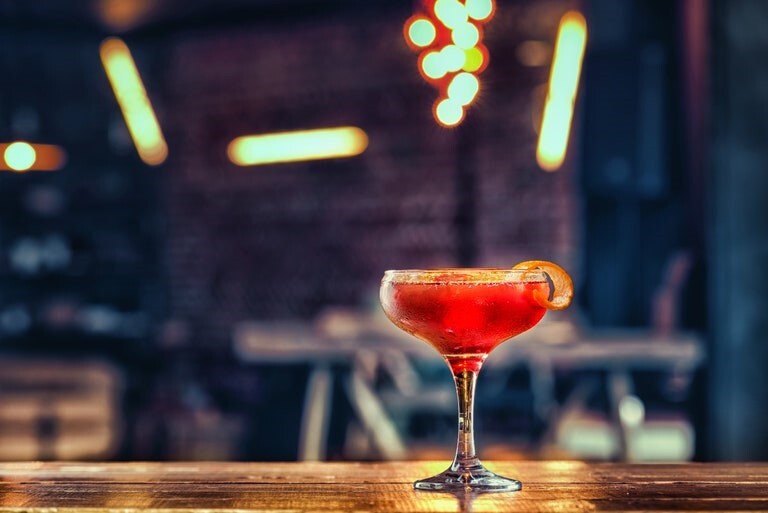 Sbagliato loosely translates to English as "mistaken," or “messed up,” so this is a Negroni gone wrong. But the Italians are wise enough to know that mistakes can be as delicious as a perfectly executed recipe. Legend has it, it was born when a busy bartender at Milan’s Bar Basso accidentally grabbed a misplaced Prosecco bottle while making a classic Negroni. The Sbagliato, therefore, isn't as alcoholic or famously bitter as the OG; instead, it's a festive, celebratory twist that might be, dare we say it, more fun. Any Prosecco works here, but the dryness and fruity bouquet of Mionetto make it a solid choice—it also doesn’t hurt that it’s widely available. 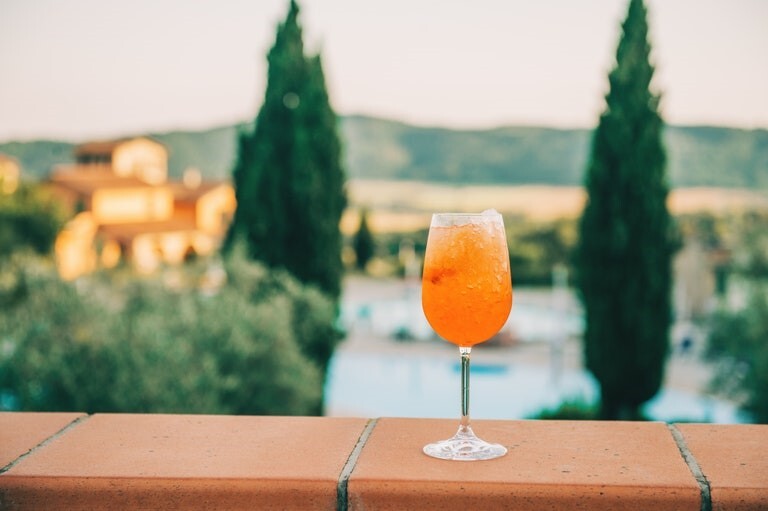 What else could be on the menu for happy hour on a summer Friday at 4:45 p.m. but a spritz. There are all kinds of Italian spritzes—the common denominators are Prosecco and sparkling water—but this version is timeless. Its distinguishing feature is Aperol, a bright orange bitter Italian liqueur of gentian, rhubarb, and cinchona. It’s mixed with Prosecco and club soda, garnished with an orange slice, and served on ice in a large-bowled wine glass. Also called a Spritz Veneziano, it has roots in Venice, where it’s served commonly at aperitivo around the city. 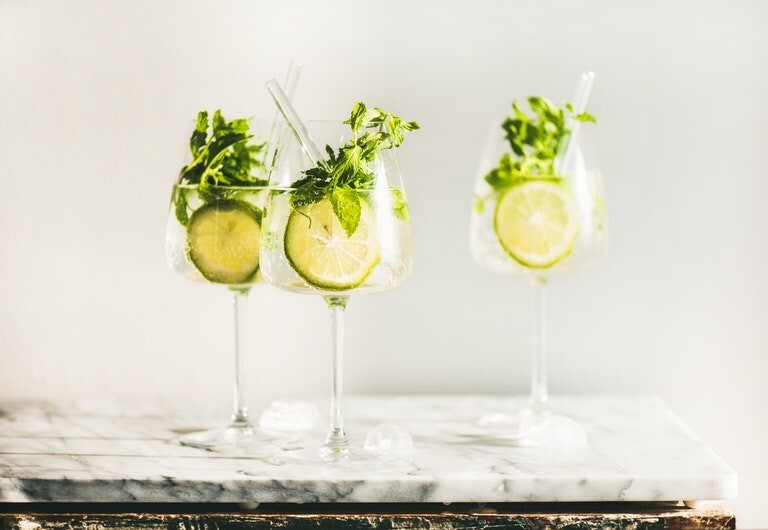 For an alternative style of spritz, enter the Hugo. Originating in the independent Tyrolean region of Alto Adige of Northern Italy, it’s their aperitivo of choice in the mountains. This variety, like all spritzes, has Prosecco and sparkling water, but its star ingredients are elderflower syrup and mint leaves—both ingredients that proliferate in the surrounding Dolomites. These cooling flavors are made even more refreshing on ice and with the optional add of lime. 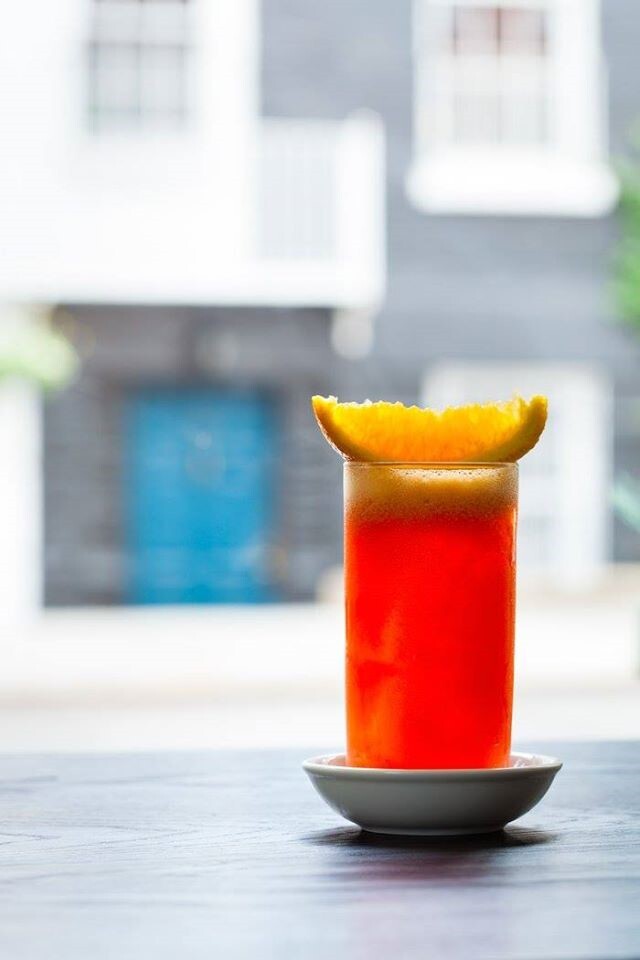 What can we say, the Italians love their Campari. In addition to the Negroni, another classic use of the red aperitivo liqueur is in a Garibaldi, where it's blended with orange juice. It also happens to be the flagship cocktail of the famed Dante in New York City. A three-to-one ratio of orange juice to Campari makes for a sweet sip, worthy of an Amalfi Coast sunset seen from a rooftop restaurant. And if OJ didn’t make the cut in your most recent grocery store run, never fear— Campari is so aromatic that it’s lovely with nothing but soda water and a slice of orange, too. 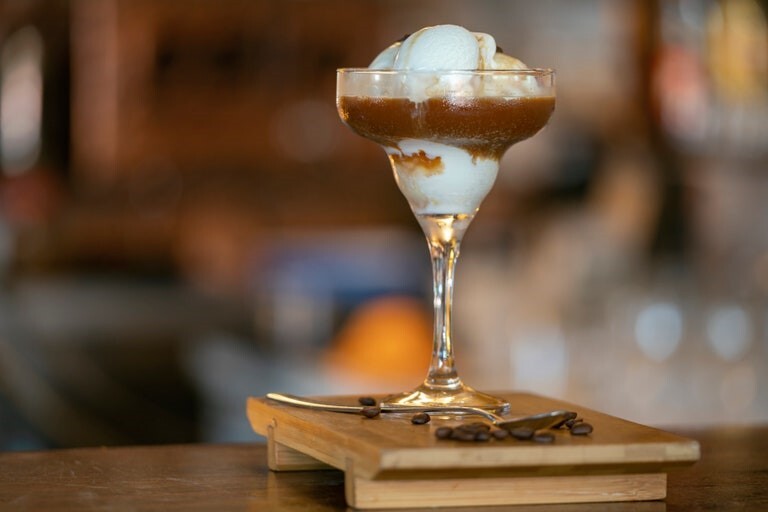 An Affogato has almost everything we love about Italian food and drink—a scoop of gelato soaked in a shot of espresso, topped off with a splash of amaretto. The only thing that’s missing is a real liquor. The perfect addition to take this bittersweet dessert into cocktail territory is one ounce of a rich, dark rum (though variations with whiskey and even stout are out there). Serve in a freezer-chilled saucer glass for the ultimate presentation. Italians don’t mess around when it comes to coffee, so to recreate at home, make your espresso with one of Italy’s household mainstays—a moka pot. 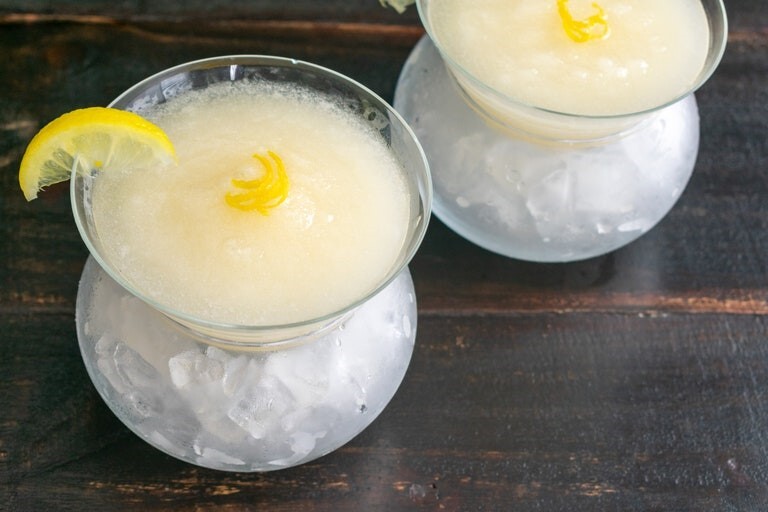 Another love child of Italian drink and dessert is the Sgroppino—and this one will surprise you with how delicious it is. The slushy, citrusy concoction blends lemon sorbet, Prosecco, and vodka into a frothy, creamy, boozy treat. It originated as a palate cleanser, but now is commonly served as a full-size cocktail. And, in an unexpected twist, it's popular in summer, where you'll find Italians drinking it mid-day by the beach, when they need a break from the heat. Even if you're not by the sand, it's a perfect warm-weather blend: Whip all ingredients together and strain into a coupe glass for a fancy take.