Ginger Ale: The unsung hero of the sky. 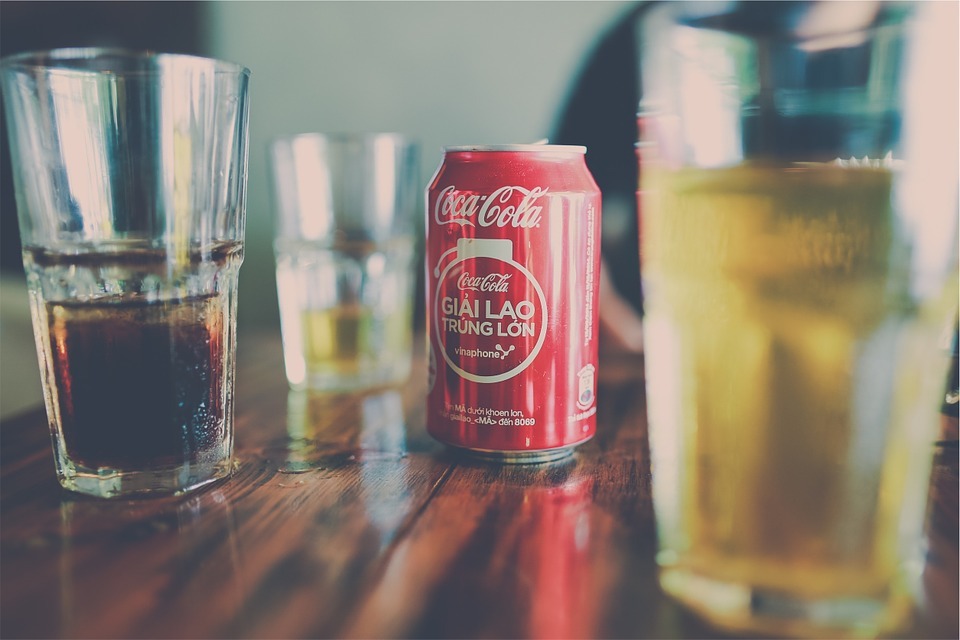 Everyone has their drink of choice while flying.

Some people swear by the salty and spicy Bloody Mary. Some are tried and true Coca-Cola fans and others stick to a trusty bottle of water, which while certainly the healthiest choice, is a bit bland if we’re being honest.

And some of us know that a crisp, bubbly ginger ale is by far the best drink at 30,000 feet.

Now, ginger ale may not seem like a very exciting drink on the ground. On the surface, it seems like fairly modest beverage reserved for sick days or a cocktail mixer, but as a stand-alone soft drink, it’s not what one would consider to be “exciting.”

In fact, ginger ale was once one of the most popular soft drinks and mixers in North America. It was first developed in Ireland and England in the 1840's and quickly sailed over the pond where both golden and dry-style ginger ales became the talk of the town, so to speak.

John J. McLaughlin of Enniskillen, Ontario, first created Canada Dry — one of the most recognizable and popular dry ginger ale brands to this day — in 1890. His invention was so sharp and bubbly that he even marketed it as the “Champagne of Ginger Ales” because of Canada Dry’s taste and color.

In the 1920's, ginger ale became a staple in United States speakeasies. Bootleggers smuggling various liquors like whiskey and gin found that the soft drink was particularly good at making these spirits easier to drink.

Today, ginger ale brands don’t break the top 10 popular sodas in the U.S. Sweeter drinks like Dr. Pepper, Mountain Dew, and of course, Coca-Cola, have cornered the market, but there is one place in the world where ginger ale reigns: the sky. And science can tell us why that is...

What happens to our taste buds?

Our taste buds act a little differently when we fly. This is because the dry air and cabin pressure can dull our sense of taste and smell, making some food and drink taste a bit different than they do on the ground. The air inside an aircraft cabin is about as thin and dry as it is on top of a mountain peak that’s 6,000 to 8,000 feet above sea level.

Because of this, tastes like sweetness and saltiness are impacted the most.The saltiness of drinks like the bloody mary or plain tomato juice can actually seem a bit dull, leaving a fresher and sweeter taste behind. So, bloody mary’s often taste better in the air, providing a sweet and spicy taste that gives us more satisfaction.

When it comes to ginger ale, the drier varieties are often more popular among the masses. When you’re in a plane, a ginger ale’s extra sweetness may not register on your taste buds, making your ginger drink extra-dry, sharp and refreshing.

Other benefits of Ginger Ale

Ginger can also be especially good for travelers because of its medicinal benefits. Ginger has been used as a home remedy for nausea, indigestion, muscle pain, and as an anti-inflammatory long before it was a soft drink!

Drinking ginger ale also helps travelers avoid a common problem with other bubbly soft drinks like Diet Coke, which requires extra time for the bubbles to dissipate due to the high altitude. Diet Coke is actually one of the trickiest drinks to order from a flight attendant, since it slows them down during drink service.

In addition to any scientific or medical reasons you might want to reach for a Schweppes or Canada Dry on a plane, drinking ginger ale just feels good on an emotional level. Those of us who always order a bit of the bubbly stuff can’t really explain the reason why, but it’s clearly part of our ritual. And who can argue with that?

If you haven’t tried a ginger ale on a flight yet, we highly suggest giving it a shot. You’ll never feel more refreshed.