Don't Be *That* Tourist: 11 Backpacker Fails in Southeast Asia

People go to great lengths to have a fantastic experience while traveling, occasionally though they head straight past warning signs and cultural boundaries. Foreign tourists are often more prone to social faux pas, either knowingly or otherwise. From selfie-induced incidents to naked pictures, we rate the worst backpacker fails in Southeast Asia. Here’s a countdown from 11.

11. In Indonesia a tourist was criticized online after filming himself on top of a rumbling sacred mountain

While 140,000 people are fleeing the area near Mount Agung in Bali after volcanic activities that have put the mountain at the highest alert level, some daredevils are instead drawn to the dangerous scene. The opening crater, white smoke, and overall thrill have actually made this active volcano irresistible to some people, including a French tourist who filmed himself on top of the smoking volcano and posted it on Facebook. Most viewers seemed less concerned about his safety than they were about the disrespectful gesture he attempted. He may or may not know it, but Mount Agung is one of the most sacred sites for Hindu Balinese. During the last few weeks, priests have gone around the mountain to bring offerings and conduct prayers for the safety of locals. By hiking up to the top of the mountain, he not only put his life at risk, he also carried out an act of trespassing on sacred ground during a time of crisis. We’re not impressed. 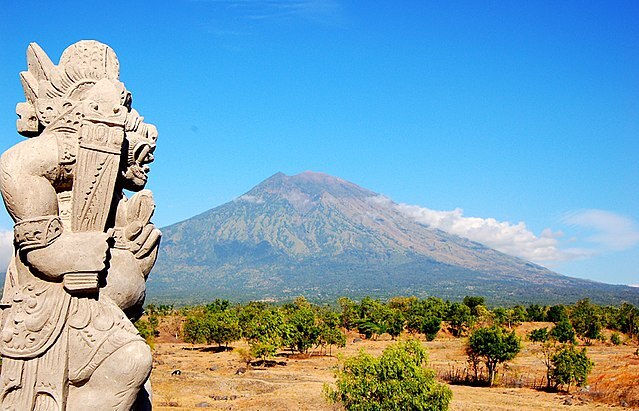 10. In Myanmar a tourist was jailed for refusing to take off shoes in temples

When you enter a pagoda, take off your shoes. It’s a simple instruction, easy to comply with. Apparently not for a Russian tourist who would rather be jailed than go barefoot. When locals first saw the woman entering temples with shoes on, they simply asked her to respect the rules. She was even sent back to her hotel for failing to conform, but she kept coming back; shoes still on. That went on for several days until finally, the locals had to report her to the authorities. She was required to pay a fine of MKK500,000 (about $367) but had failed to do so, compelling her to stay in jail for the offense. Bet she won’t exactly be wearing fine footwear there.

9. In Myanmar a tourist was fined for unplugging speaker during a Buddhist sermon

Sleepy and tired, a Dutch tourist in Myanmar unplugged a speaker that was blasting with speech and music. Little did he know, the speaker belonged to a religious hall and the foreign chant broadcast by it was actually a religious sermon. The crowds who had been listening to the sermon, along with the person who delivered it, gathered around his hotel in protest. More than just an inconvenience, the act was considered an insult to the Buddhist religion, and he had to pay a fine and spend three months in prison. 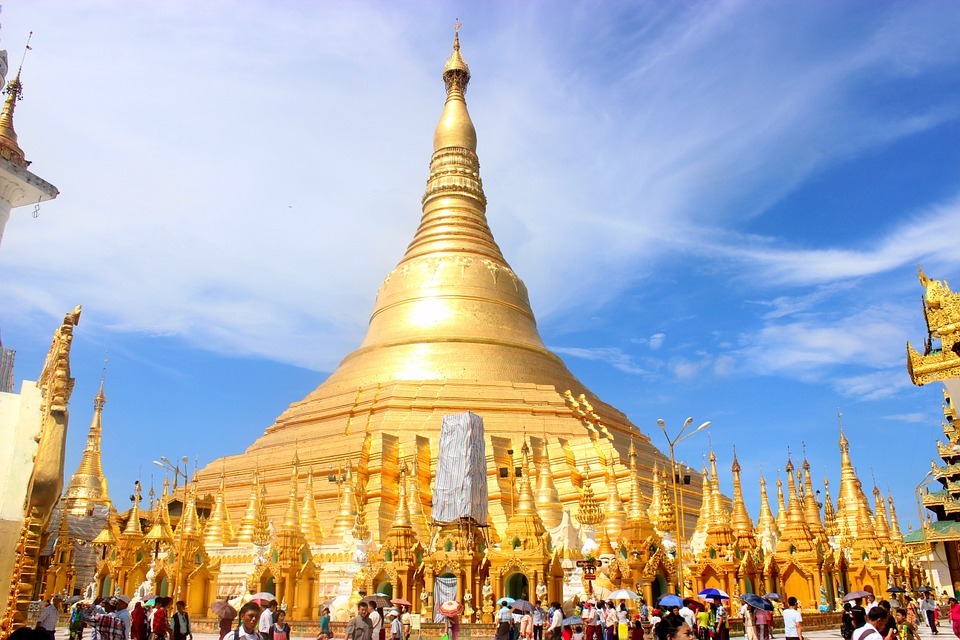 8. In Vietnam a tourist passed out after smoking local tobacco

In June 2017, a video went viral of a female foreign tourist who fainted after inhaling a local mix of tobacco, a notorious leaf with nicotine contents so high that it is also effective as a pesticide. In the footage, the lady was seen sitting with a group of local men who had invited her to smoke what they call ‘wild tobacco’. Intrigued, she grabbed the long pipe, inhale, exhales, and passed out almost instantly. She remained lying on the side of the street for a few seconds, before regaining consciousness and being given a glass of water. The tobacco is not even an everyday treat for most locals, and effects are reported from dizziness to nausea, and in this case, total blackout.

7. In Indonesia a lone wanderer was attacked by komodo dragon

Luckily, it was a small komodo and the victim was not gravely injured, but turning around to find a giant lizard has its teeth in your flesh is undoubtedly a terrifying experience. A Singaporean tourist was bitten when wandering the Komodo Island alone. He was taking pictures of an otherworldly ancient creature, not realizing that its friend was approaching. And while we sympathize, it’s important to point out that tourists are always advised to explore the island with a park ranger. More importantly, it’s inherently more dangerous to wander the island alone, as komodo dragons are more tempted to attack a lone prey. While that is enough to have the dragons put a flag on you, another factor is at play in this unfortunate incident. It was the komodo’s mating season, a time when the lizards are more restless and aggressive. 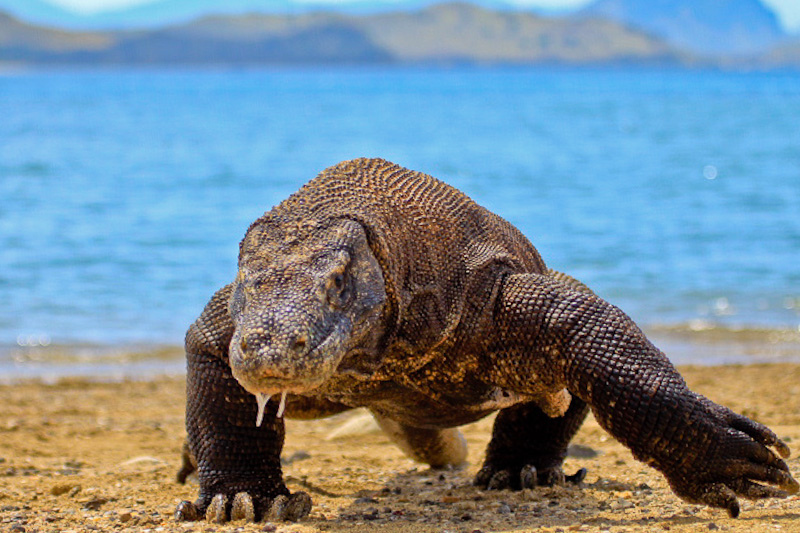 6. In Thailand a couple were marched to the police station for skinny dipping on a public beach

One breezy evening in Pattaya, two foreign tourists were ordered to come out of the water after the police got reports of a pair ‘having sex’ while dipping at sea. The couple emerged from the waters, the man bare naked while the woman was only wearing a bra. After being given a chance to dress, the two were escorted to the nearby police station with red faces, either out of shame or drunkenness.

5. In the Philippines a tourist was arrested for insisting to swim with whale sharks and threatening a police officer

Sure, whale sharks are truly exotic and adorable, but in Cebu, at least, tourists are not allowed to freely swim with the endangered creatures. So when a foreign tourist suddenly jumped into the sea and swam towards a whale shark-watching area, an officer ordered him to come back immediately. But instead, he shouted back and threatened to kill and skin the officer, a grave mistake that led to his arrest. The British tourist, who was later confirmed drunk, was then charged with “violation of municipal ordinance, grave threat and disobedience.” 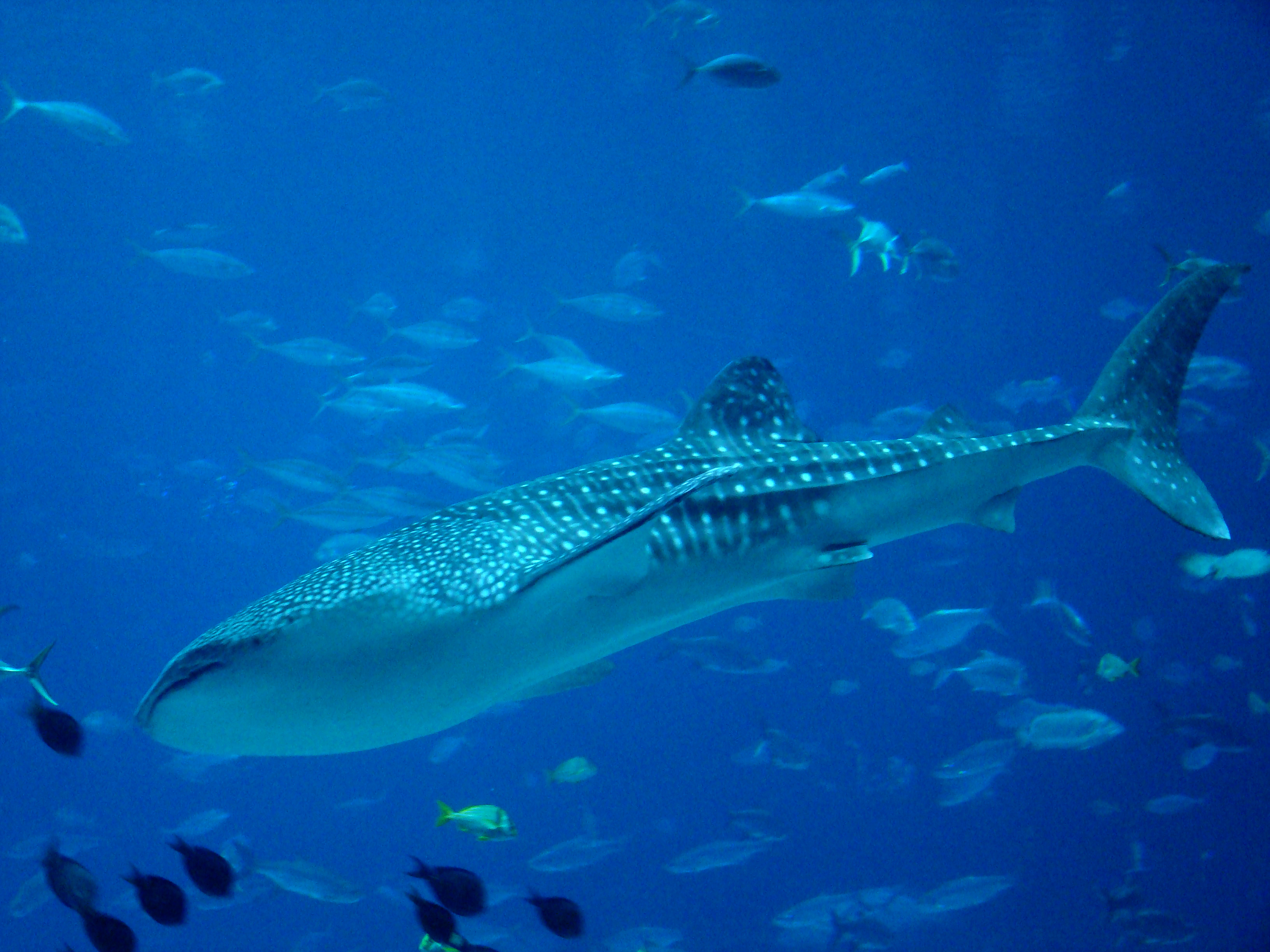 A video and some photos circulating on social media shows two women in their bikinis sunbathing comfortably by the Hoan Kiem Lake in the historical center of Hanoi. It’s the onlookers who seem uneasy. The tourists must have noticed the disapproving looks or they must have at least suspected that their attire was inappropriate, or else the two 20-something girls wouldn’t have bothered to put some layers on when a police officer walks by. It didn’t take long for the video and pictures posted by onlookers to gain attention on social media, and be immediately met by condemnations, especially by locals. “It’s not beach day,” says one comment.

3. In Thailand a selfie attempt with crocodile got tourist a bite on the leg

What started as a casual, albeit a bit daring attempt by a French tourist to pocket a coveted selfie with an exotic creature ended horribly when that exotic creature decided to bite her on the leg. She was actually in just the right place to see crocodiles —Khao Yai National Park in Thailand covers a dense jungle contoured by quiet streams, where wild crocodiles are often spotted lying about nonchalantly. But things went wrong when she failed to comply with the warning signs and proceeded close to the stream, tripped over and startled the crocodile, who immediately landed a bite on her leg. Thankfully, the 40-something woman suffered no life-threatening injury and was able to recover fully, but her story ought to warn other tourists to be more cautious. 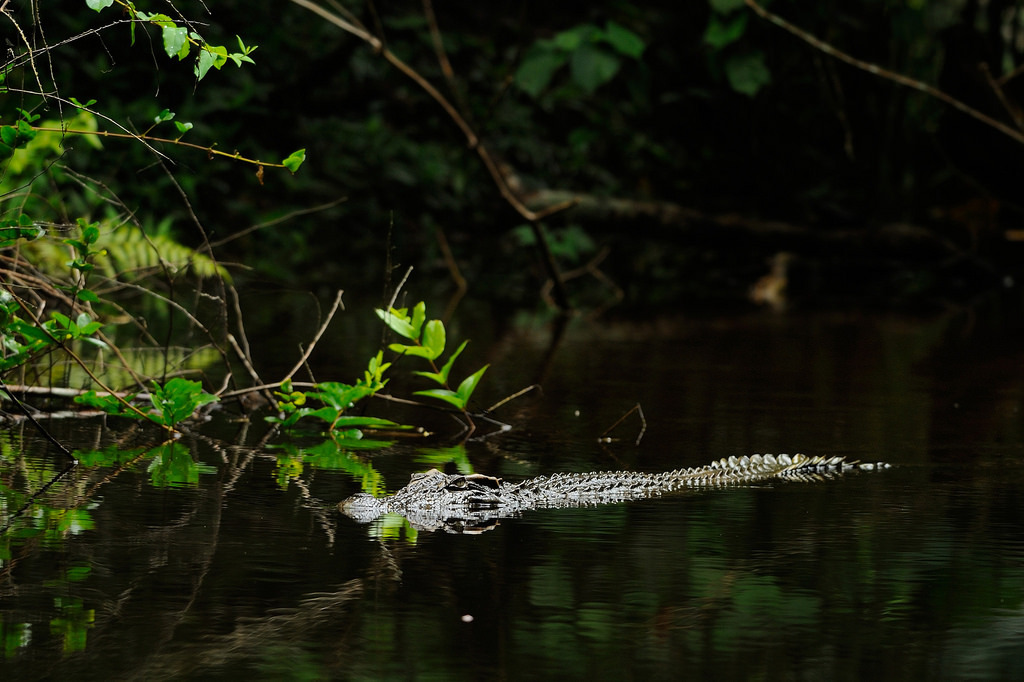 2. In Malaysia a group of tourists were deported for stripping on top of a sacred mountain

In May 2015, a group of tourist scaled sacred Mount Kinabalu in Sabah, Malaysia. The group of ten decided that there’s one thing that could make the magnificent view of sunrise more interesting: if they could strip naked and take pictures in front of it. And so they challenged each other to take off their clothes. The act is considered so offensive that the state deputy chief minister is convinced that the incident caused an earthquake which happened in the region a week later.

1. In Cambodia tourists are being arrested for taking naked pictures in sacred temples

Did you know that taking naked pictures at the temples of Angkor, Cambodia, is kind of a thing? Don’t bother to try though, unless you want to end up like the two American sisters who got arrested in 2015 for stripping at the ancient and holy temple of Preah Khan. The two were busted while taking pictures of each other’s bare posteriors. Sadly, they’re not the only ones. Two weeks earlier, three French tourists got deported for doing basically the same thing. Others are more ‘lucky’ and have evaded arrest on the spot, only to be met with criticism on the comment sections of social media. In most ancient temples including the ones in Angkor archaeological site, even just wearing revealing clothes is considered disrespectful. So you can imagine the locals’ uproar when they found out people were stripping bare inside the holy sites. 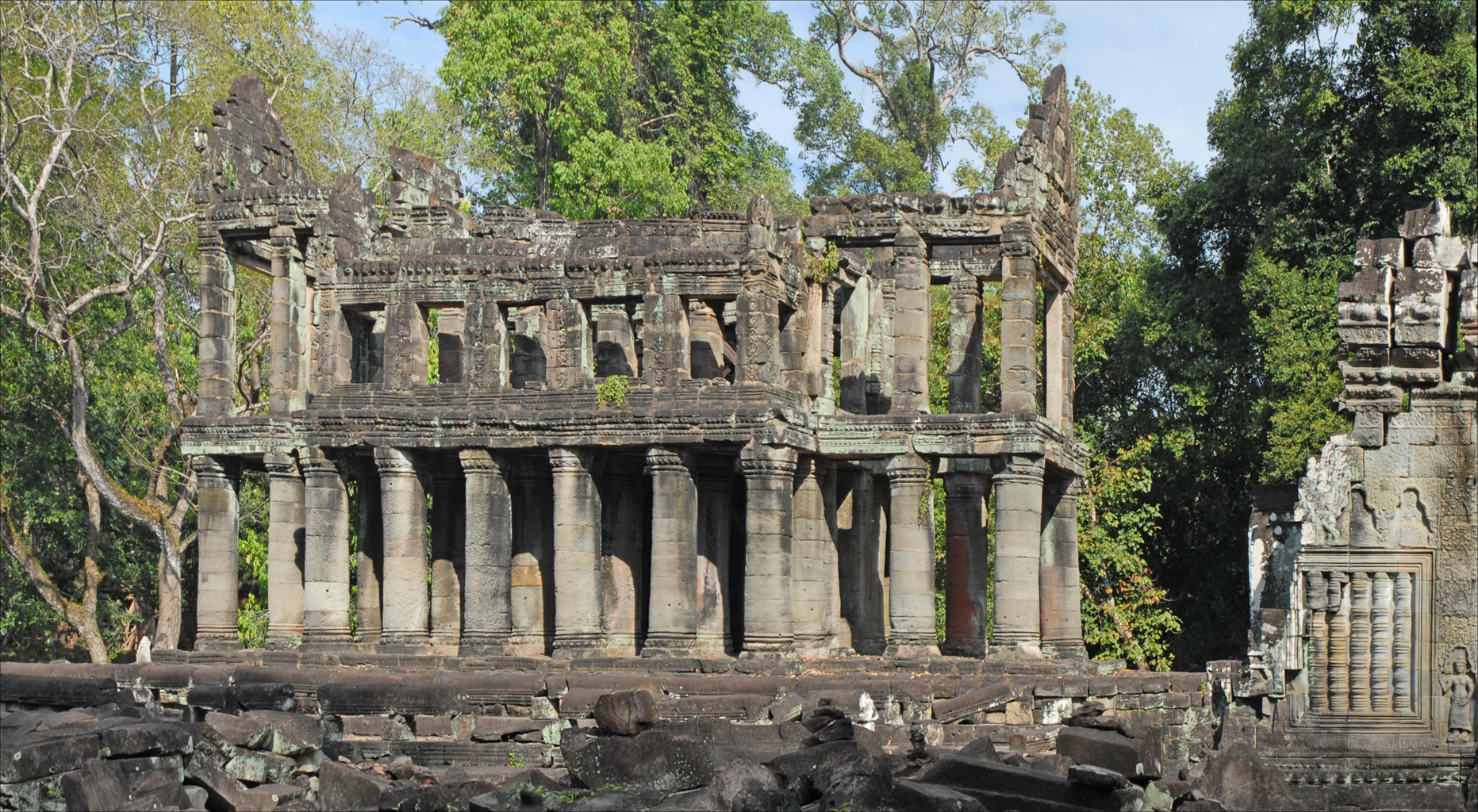 This article originally appeared on The Culture Trip.